The Struggles of Getting a Diagnosis

When I was in high school, I would have given anything to be diagnosed and treated. The general consensus was that I was an emotional teenage girl, and that I “thought everything was the end of the world.” I suppose I can’t exactly blame everyone for not understanding the full depth of my struggles, even now; I had had regular suicidal ideation from when I was ten until I was twenty-three. I had attempted before, but I kept every attempt a secret. I was told people who killed themselves were selfish “assholes” who deserved to burn in Hell forever, and the times I hinted at such thoughts were met with disgust, so I lived life very quietly.

And while I knew about depression, I didn’t have the words I have now for other experiences. When I was in school, I was often bullied and had my food choices laughed at, so I didn’t eat until I got home or else I would always have a wave of nausea and a throat that wouldn’t unclench. Sometimes the nausea was so bad I would go to the nurse’s office and wait for it to pass. My teachers were often dismissive and thought I was trying to skip school. Now, I recognize this as anxiety.

Throughout high school and early into college, I thought my life would improve if I had a name for what I was dealing with. Eventually, in my senior year of college, I went to the school counselor consistently; these sessions were free for students. When I referred to myself as mentally ill, my current counselor cringed and said, “We really shouldn’t frame these things with the medical model.” They believed by labeling myself mentally ill, I was putting boundaries on myself, essentially making an excuse for why I couldn’t perform like everybody else. I argued that knowing my limitations as I pursued my professional goals would actually help my progress because I would know how to schedule my routine and take on a certain workload without burning myself out. It wasn’t that I couldn’t be as good as everybody else, but the circumstances for achieving those goals would be different.

Eventually, I was referred to the campus psychiatrist. I was prescribed antidepressants, which mostly made me sick, and when I inquired about a letter of diagnosis so I could have disability accommodations, since I was struggling immensely that semester, the psychiatrist told me, “I don’t really believe in putting labels like that on your problems.”

Admittedly, even as someone relatively skeptical of how many social and formal institutions perceive mental illness, I still don’t see the logic in that. I do have my criticism of aspects of the medical model and what I feel are actually things that keep stigma intact while decrying mental illness stigma. Alongside that, I feel that there’s too often a one-size-fits-all idea of treatment that even I prescribed to, and, in the end, it didn’t work for me and made me feel isolated. I do think, too, that there are many times someone’s troubles are circumstantial, such as major trauma, and whether they have mental illness/PTSD or not, support and validation are critically important and so rarely given. I always craved someone to empathize with me, or someone who didn’t feel like they needed an invisible hazmat suit to deal with me.

At the end of the day, the psychiatrist diagnosed me with clinical depression and Generalized Anxiety Disorder. A diagnosis can be liberating and confining. At first, there was some relief. If a new symptom that doesn’t fit the diagnosis crops up, though, it may be ignored, rather than the diagnosis reassessed. Sometimes when I have been in a severe state, I have had moments of derealization and mild psychosis. But when I brought them up with the campus psychiatrist, they essentially wanted them away like I hadn’t mentioned them. Essentially, the symptoms I had previously hidden didn’t fit the established criteria for my diagnosed conditions, so they were discarded. While the episodes of psychosis weren’t especially scary in my mind—mostly seeing eyeballs on my fan and hearing my coffee maker run when it was unplugged—the derealization episodes were frightening because they exacerbated by suicidal thoughts when I considered what it would take for me to be “real.” I’ve been told over and over again that psychosis isn’t a symptom of clinical depression or GAD—so what, it never happened?

Also, there are times when I don’t act like how others perceive I should, or it seems like I’ve been “cured.” I have struggled to get others to understand that my depression, when it strikes and lasts several weeks, changes not so much in intensity, but in form. It’s not sadness or hopelessness anymore, but apathy and an extreme lack of motivation. In a way, it mirrors my anxiety in how it ultimately makes me unable to act, and then I’m called lazy. Not everyone expresses their illness in the same way. The “look” of a mentally ill person or an episode is not uniform. This is huge when considering issues like gender, class, and race and why certain groups are largely unseen—or why, depending on the group, any instances of anger or irritation are either seen as purely circumstantial or stereotyped as part of one’s identity.

Are my diagnoses correct and comprehensive? I don’t know. It is important for many to be diagnosed and treated. My experiences are not meant to deride that. For the record, while most of the antidepressants gave me constant stomach problems or brain fog, Prozac basically wiped out my anxiety. However, the psychiatrist and I decided I should stop it because it actually worsened my depression, and I was also worried about becoming reliant on medicine while not having health insurance; eventually, once I graduate, I will no longer have access to certain free or inexpensive services.

In the end, I was able to find ways to cope with my mental illness. Getting others to take the issue seriously is another matter, but overall, despite still contending with depression and anxiety, I am content. Again, this isn’t meant to discourage people from getting a diagnosis, but getting the right diagnosis and thinking about what it means for your identity—is my illness me, am I a mentally ill writer, or a writer with mental illness?—can be complicated and not clear cut. 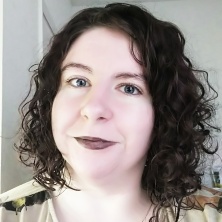 A native of North Georgia, Emily is a published author and poet. Her short story “Deer in December” was published in TL;DR Press’ Halloween 2018 Horror collection, NOPE. She has also published her poems “Turkey Hunting,” “Patty,” “Samantha,” and “Daughters of the Sun.” Her debut novel, Dove Keeper, came out in October 2018. She is a co-editor for Exhume, a literary magazine mostly for queer trauma survivors.

You can find Emily online on her website, or on Amazon.

2 thoughts on “#MHMon: The Struggles of Getting a Diagnosis”