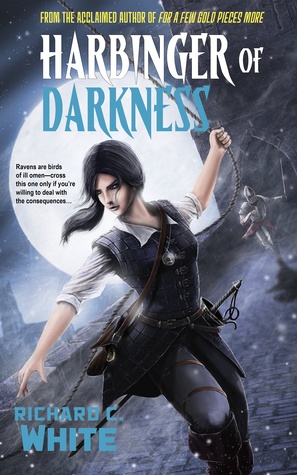 Disclaimer: I was offered this book in exchange for an honest review.

If you would like to read the amazon blurb for this book, you can find it here. This review does contain minor spoilers.

I hate leaving negative reviews. As an author myself, I know how awful it can be to read them.

But I can’t in good conscious rate this book well.

My issues with this book are many, and range from the content and plot to the writing itself. The short version: This book is full of one-dimensional characters set in a world where logic doesn’t apply. Your mileage may vary. Below, I have outlined some of the highlights.

First of all, this book is poorly paced. The first three chapters are filled with unnecessary backstory and side quests unrelated to the main plot. We don’t get to the inciting incident until chapter three, and it’s at least another three chapters before the main character decides to do anything about it.

Second, the main character is completely unrealistic. Perrin is herself, the daughter of a bookseller, by day, but takes on the persona of expert thief Raven by night.

Perrin’s life is comfortable. She has no reason to live the life of a thief. Somehow, she has managed to get training from a master thief, as well as from a wizard and an alchemist. She’s a busy girl, and as far as I can tell she doesn’t actually sleep.

As Raven, she is a master thief, but despite the fact that the thieve’s guild has very specific rules about people who operate outside their parameters, Raven is given a pass. The reasons are unclear, but basically boil down to the fact that the person running the guild likes her. Maybe? No matter what Raven wants, she usually gets her way.

Third: the plot. It makes absolutely no sense. That inciting incident in chapter three? Spoiler: the king hires a gang of thugs to attack the only free public school in the city, because he wants to curry favor with the church, which is in charge of all the (for pay, mostly for the wealthy) private schools.

Setting aside how completely unbelievable that part is, Raven’s “solution” is even more ridiculous. The school is run by a friend, so she feels duty bound to protect it and the teacher. She plans to do this by…stealing the most expensive gemstone in the kingdom, and blackmailing the king. Then giving it back when he agrees to leave them alone.

Unsurprisingly, our “master thief’s” plan goes sideways rather quickly. Getting the stone turns out to be easy. Despite its value, it’s not kept under heavy guard. It’s both easy to find, and easy to take.

The king, of course, is furious, and immediately sends a black ops crew of thugs/assassins known as the Black Leopards to hunt down the top two groups of suspects: the Thieve’s Guild, and the Corconti (a group of roving professional thieves and horse breeders that are obviously based on the Romani. We’ll get to them later).

Literally dozens of people end up dead over the course of several days, but Perrin/Raven feels no guilt or remorse, putting the blame entirely on the king and his decisions. This, from the same woman who has taken a vow not to kill unless her own life is on the line. The same woman who left money on the counter of a shop she burgled, because it was only meant to be a training exercise for her apprentice (nothing personal, I guess?), and who paid someone hired to kill her to leave town with his family so they wouldn’t be killed for not completing the contract.

Spoiler: To top it all off, the school she’s supposed to be protecting is never even mentioned again after she decides to take action.

And this is just in the first 65% or so of the novel. The actual resolution is even more nonsensical.

This is a female main character, written by a man, and it shows. While she doesn’t spend time contemplating her breasts in the shower or in front of a mirror, that’s pretty much all the credit I can give on this point.

Perrin/Raven is a “strong woman.” That means she’s “different from other girls.” Mainly, this shows in the fact that all the other women in this book come running to Perrin and/or Raven with their problems, even if they have no idea she happens to have exactly the right skill set to help them. Let me make this clear: there are no homemakers with spines of steel in this book. There are no women defending their homes, their families, or themselves. There are half a dozen fainting maidens surrounding one short-haired woman in trousers who carries a sword.

A woman who is confused for a lesbian, but is quick to set her accuser straight.

But back to Perrin. Or rather, Raven. Raven has a frenemy named Jerek. At least, it seems that way when he first pops up in chapter one. The two of them share an amusing banter, but it seems more like Raven is annoyed with him and he won’t go away. Then he shows up again, and they’re kind of friends. but then it becomes more clear that they have some sort of romantic relationship, but Raven isn’t so sure about it. Clearly, from her side, it’s just casual. After all, she has a secret identity to protect.

But then Jerek discovers her secret, and suddenly he wants to take her home to meet his father, because apparently they are engaged now, even though Raven never said yes (and he never asked). When she does meet his father, much later, he presents her with the wedding gift Jerek wanted to give her, but couldn’t (for reasons of spoilers).

So over the course of about two weeks, they go from barely tolerating each other, to engaged and he already has the wedding gift? Who does that?

Well, the men in this world, clearly. They are incapable of having conversations with women in which they don’t flirt or threaten them. I’m not even joking–I think Raven has maybe 2 conversations with men in this entire book where they aren’t hitting on her, patronizing her, asking her out, or threatening to rape or kill her. Even when she talks to her father, he’s constantly trying to convince her to get married.

Now. Let’s talk about those Corconti. As I said they are very obviously the stereotypical faux-Romani group “necessary” in every fantasy novel. They are nomads, horse breeders…and professional thieves, of course. They are also the only POC-coded group in this book. I was willing to tolerate the stereotype at first, because despite being thieves, they are the good guys and do a lot to help Raven when she’s helping other people. (Please note–I am not of Romani descent.)

But when the only explicitly POC character in the entire book shows up, and he’s an assassin working for the evil king….I was done. Spoiler: Especially when the Corconti are basically wiped out as a direct result of Perrin’s actions and she can’t even summon the self-awareness to realize “Hey, I maybe screwed up here and now other people are being blamed for my actions and dying because of it.”

Perrin is the definition of middle class white privilege, and she uses it to screw things up for everyone around her. Yet everyone is willing to help her and no one even considers turning her in to claim the enormous bounty on her head. She doesn’t think like a thief or a street-smart woman. She’s a self-absorbed imbecile, completely devoid of empathy, that everyone is willing to help for reasons I honestly can’t fathom.

As I said, I hate leaving negative reviews. I tried really hard to find a redeeming feature in this book, but couldn’t, other than it is free of typos. The copy editor may have been on point, but this book really needed a developmental editor, a good line edit, and at least two beta and/or sensitivity readers.

Like what you see? Check out Petite Critique: Hungry Demigods.