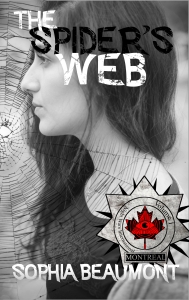 A few weeks ago on Twitter, there was a tag floating around–#authorstats–to help show aspiring writers and authors some of the realities of publishing. I did answer the questionnaire on twitter, but even with the new 280 character limit, it wasn’t enough space for me to really get in-depth, since, like a lot of writers, my path to publishing didn’t really go in a straight line.

Some of you might be familiar with bits of this story if you’ve been following the blog for a long time, but I hope the writers out there will find this interesting nonetheless.

So there you have it. I hope if you are pursing publishing, that this information has been helpful, and I encourage you to look up the original twitter conversation. And a big thank you to Caitlin LaRue for asking these questions.

This also seems like a good time to mention that I’ve recently made changes to my Patreon page. Most notably, anyone donates $20 or more per month will be able to download all of my novels (current and forthcoming). Higher level subscribes will get things like signed paperbacks every year. The more you subscribe, the more books you get!

Like what you see? Check out my Services tab, where I offer critiques, sensitivity reading, and other educational opportunities for writers, book groups, and youth organizations.