I thought I’d do something a little different this time around, and show off some knitting and crochet patterns that remind me the characters in THE SPIDER’S WEB and THE FERRYMEN. 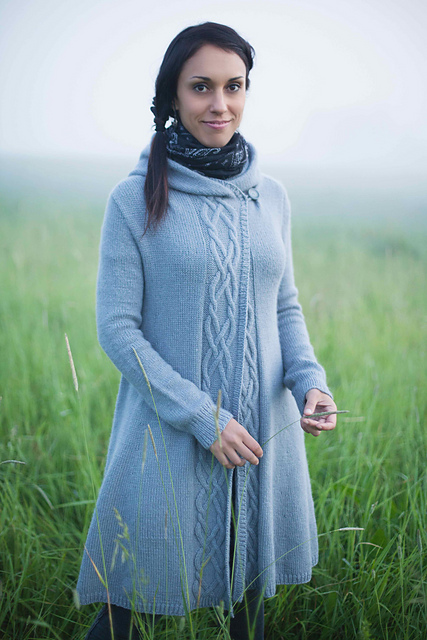 All of these patterns are available on Ravelry. Some of them are free, some are not. And no, none of these are my designs. Eventually I would like to do a series of patterns inspired by Evie, but I’d need a lot more spare time than I have at the moment!

Evie is very fond of big, cozy sweaters, especially if they can double as coats. Winterfolk is simple, but has a really nice cabled detail that make me think of a sweater Evie wears in THE FERRYMEN.

If I had to pick a single pattern and say “That’s the sweater,” though, it would have to be Louhi. It’s almost exactly what I had in my head when I described the the grey hooded sweater with the magical cables that can make her invisible!

One of the very first things Evie makes when she arrives in Montreal is a circular shawl in cobweb lace for her aunt that vaguely resembles a spider web. I couldn’t find a pattern exactly like the one in my head on Ravelry (I do know there was one at some point, but now I can’t seem to find it…), but I did find another that instantly made me thing of Evie and Izzy: 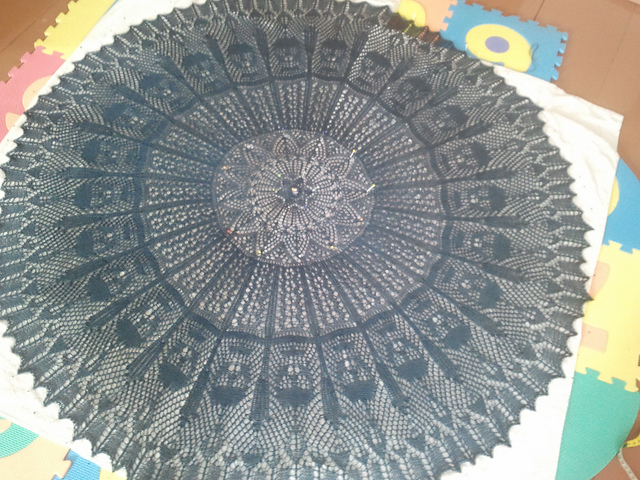 The skulls in Arsenic and Old Lace are absolutely perfect for the pair of them. I think Izzy would certainly approve.

No collection of Evie-inspired patterns would be complete, however, without at least a few pairs of fingerless gloves. Evie wears these every day, no matter the season. They a comfort item, but also cover the scars on her wrists. She never leaves home without them.

Like what you see? Check out Character Aesthetics: Micha.