I cast off two projects last week–you didn’t really think I’d last long without two new ones, did you?

Actually, I have three, but one of them hasn’t been photographed yet. 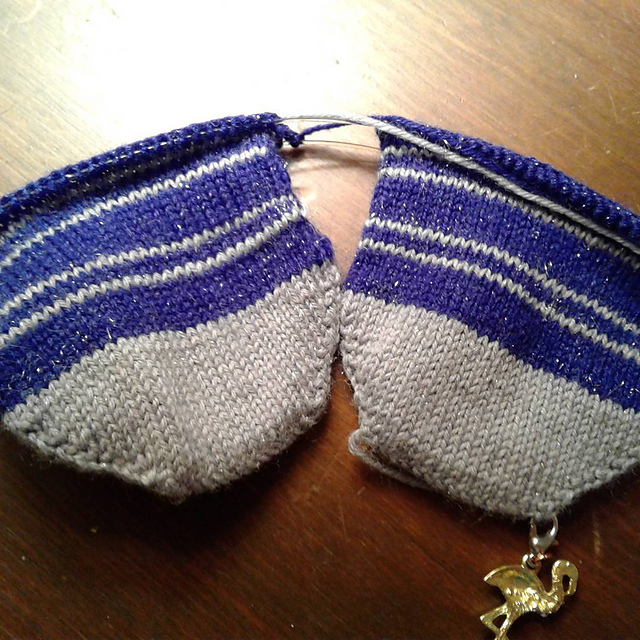 This one, I’m super excited about. I’m a huge Harry Potter nerd, and have quite a bit of pride in my  house, Ravenclaw (though occasionally I do slip into the Slytherin dorm). I’ve been wanting to make a pair of Ravenclaw socks for a while, and when I saw Stroll Glimmer on sale, I knew I had to use that. Because who doesn’t need glittery Hogwarts socks?

My second project is more of a revamp. I was about 75% done with the rainbow sweater, about to start the sleeves, when I notices several major problems with the body of the sweater. Namely, my gauge changed when I switched from DPNs to a circular needle, and it left a glaringly obvious nipple-like lump at the center of the back. I wound up frogging the entire thing, and it’s been sitting in time out for about two weeks.

Saturday, I decided it had finally had enough time to think about what it had done, and cast it on again. This time I used metal DPNs, and switched from US9s to US 7s. Overall, I’m liking the fabric a lot better, and it doesn’t look like the nipple has returned: 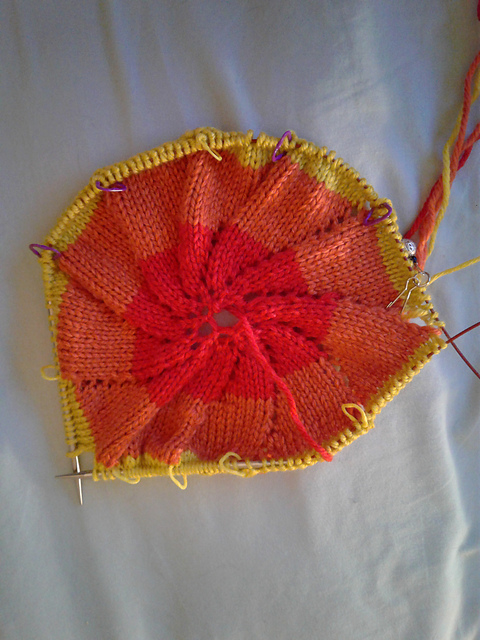 There’s still a lot of work to do, though. I’m still sad I had to rip out the entire body.