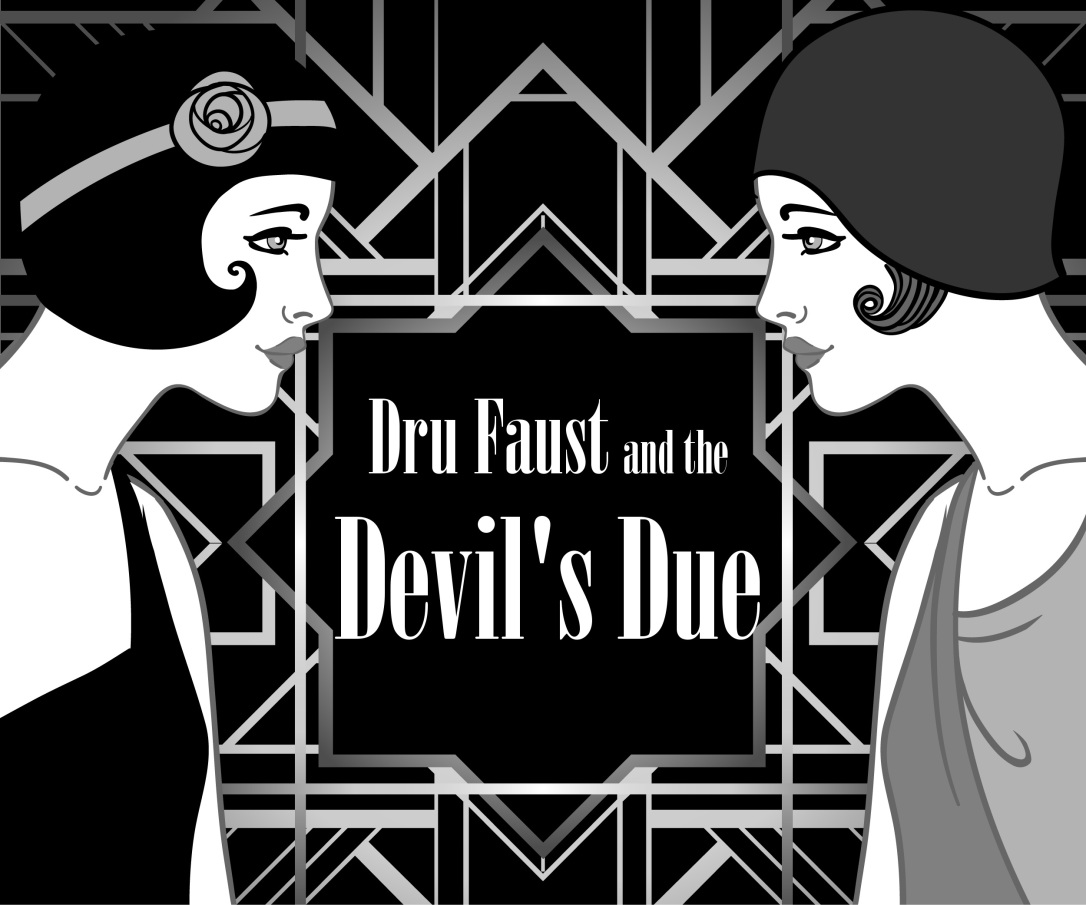 Mrs. Hughes pounded away at the keys of her typewriter, as if attempting to drown out the raised voices coming from Detective Reiss’s office.

“If you do this, you’re doing it on your own time!” the detective shouted. “These allegations are ridiculous. I will not have some upstart woman poking around one of our most decorated officers!”

“If he’s innocent, then why was his car on Thibault land? How many times have we brought in John and Marc Thibault? What business does he have there? If he was official business, why not use a police vehicle?”

“There are thousands of cars on the road in Columbus alone–“

“But only one blue roadster with a dented bumper.” Their voices dropped again, too low for me to hear, but I could still see mother’s shadow through the textured pane of glass in the office door, gesturing and stabbing forcefully at the photo with an index finger. I could imagine her words, too, as she described for the detective the day, three weeks earlier, when Officer O’Neil was an hour late relieving another policeman because he’d hit a deer and had a flat tire. The angle of the photo was incorrect, but it was a good bet if we found the car at the scene, there would be a patch in the front passenger tire.

Mrs. Hughs’s eyes darted between the office door and me, waiting on the hard bench in the lobby. Though Mother’d wanted to keep me out of it, I’d come along. Mother said I was a “material witness.” The whole thing was somewhat thrilling, like something out of a detective story.

She’d insisted I dress smartly, so even though it was unbearably stuffy and hot in the office, I was wearing a white hat and gloves, a perfect match for my long white summer dress, the one trimmed with pale blue ribbons. Even with a ceiling fan lazily turning overhead, I still longed for the fashions of the year before, when hemlines rose almost to the knee–scandalous!

As if regretting the decision, fashion had dropped them dramatically this year, almost to the ankle. I missed having bare legs in summer.

I peeled off my gloves, stuffing them into my handbag and pulling out the book I’d brought. Mother disapproved of me carrying a book everywhere, but usually sighed and allowed it. “It’s better than watching you fidget,” she conceded.

I had the new Agatha Christie novel from the library, but my eyes kept flickering up to Detective Reiss’s office door.

Finally, Mother emerged. Her face was a calm mask with a painted on smile. My stomach dropped. She paused with one hand on the doorknob.

“Oh, and in case you’ve forgotten, this ‘upstart woman’ has been with the force two years longer than O’Neil. Funny how saving someone from a road accident merits a valor award for a man, but pulling a child from a burning building barely gets a mention when the officer is a woman. Or was it because the child is Italian?” She closed the door before I could catch Detective Reiss’s response.

Mother swept toward me. I leaped to my feet. “What do we do now? If the police won’t investigate–“

I raised an eyebrow, jogging to keep up with her long, agitated strides out of the station. “But I thought he said no!”

“Of course not. Didn’t you hear him? He said I’d be investigating on my own time. Now hurry up. I want to take you home before I drive down to the Thibault place.”

“You’re going now? Take me with you!”

“But I know what to look for. And you shouldn’t go alone. It’s far too dangerous.” I threw her words back at her like a hot potato.

Mother came to an abrupt stop, spinning on her heel to face me. “Do you think this is some kind of game? That it’s like one of your stories? Like a library book where the hero goes home to a warm meal and a happy family at the end? This is real life, Druscilla Carolyn. Those are real men with guns out there, and if they decide they don’t like the look of things, there won’t be anyone coming to check on me. I am not taking my daughter–my only child–into that!”

“On us. There won’t be anyone to check on us. Because I’m coming with you. If you try to take me home, I’ll just get George to drop me off. And if he won’t do it, I know Alexandra will. It’s just like you said–those are dangerous men with guns. You can’t go by yourself. There has to be someone who can look out for you, even if it’s just to call for help. You’re my mother–my only mother. I’m going with you.”

For a moment, she looked taken aback, staring at me in shock as we stood by the parked car. “I’m your mother. It’s my job to protect you.”

“And I’m seventeen. It’s my job to disobey and refuse to be protected.”

We stood there, locked in silent confrontation for almost a full minute. And then, my straight-laced, fire-extinguisher of a mother did something I’d never, ever seen her do.

And then she laughed. Almost a giggle.

“Get in the car,” she ordered. “And you do exactly what I tell you, even if you are seventeen, you hear me?”

It was a very good thing, in fact, that I never said I agreed.