Today marks the wrap up of The Age of Entertainment. I could go on into the 60s, 70s, and even 80s and 90s, but I won’t. For starters, I’ve already talked a lot about media from those decades (See my post about Pam Am, to begin with), but for many of you, this is getting into living memory. It’s not so much “history” as it is “Things I did growing up/in college/as a young adult.”

The post war era, however, has produced or inspired a great deal of film. The Bletchely Circle, Populaire and Grease are just a few that I’ve blogged about before. Another series that has been popular lately has been Call the Midwife, which I love for the medical drama. And I don’t think it’s possible to be an American and not have seen at least one or two episodes of MASH.

Since I’ve already talked (at great length!) about all of that, though, let’s skip ahead to the knitting and tech, okay?

Following WWII, the economy began to recover–quickly, in the case of the United States. As cheaply made factory items became more and more available, everything from clothing to cars, jewelry to televisions, the handmade was pushed aside. Women still knit, but the emphasis was more on fashionable garments, and why make a sweater when you could pick one up at Woolworth’s, along with a dress, shoes, and purse to match? Knitting was something that was done for enjoyment, rather than necessity, with a concentration on baby items.

The fifties also saw the first big change in typewriters in decades: plastic. At first limited to just the keys, eventually it was used bodies and carrying cases, and then anywhere it became possible to lighten the machine.

Personally, I’d prefer plastic to be the method of payment for my typewriters, rather than what they are made of. I like them to have as much metal in them as possible. It did have one perk though, I think, other than less back strain: it helped bring color back to the world of typewriters. 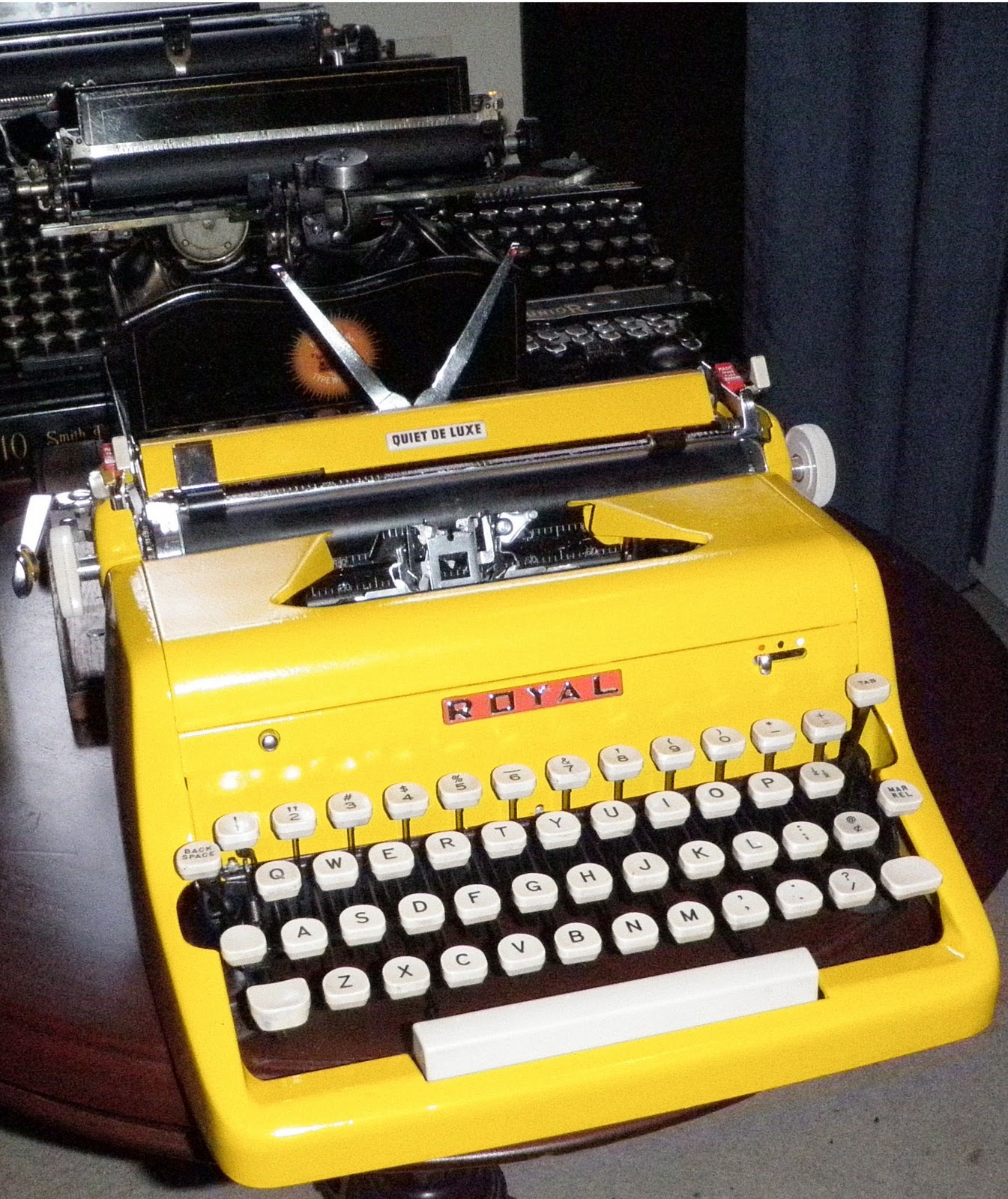 Now if you will excuse me, I think I need to go rewatch Populaire.